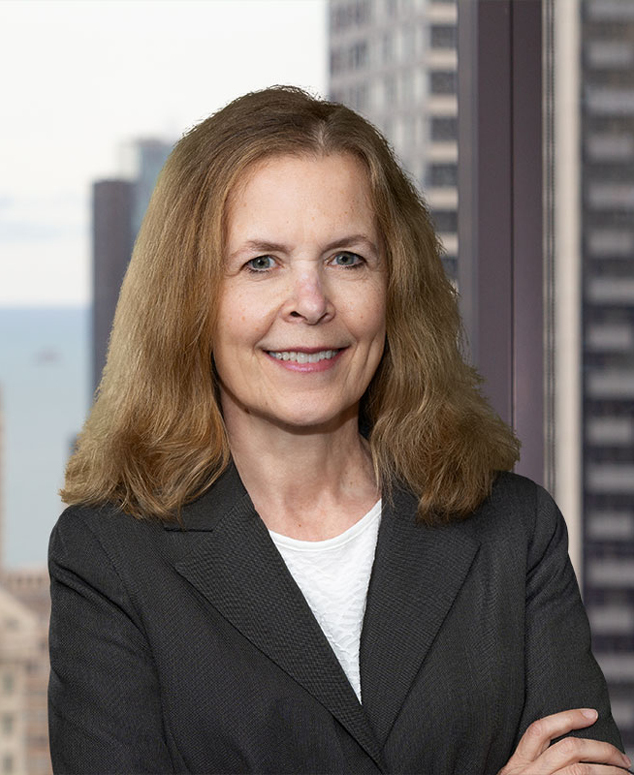 Carol Thompson is a partner in the firm's Banking and Financial Services Department and has been practicing law since 1989 when she joined Chapman and Cutler LLP.

Carol is widely known for her work in banking and public finance. She has worked as bank counsel on transactions for major health systems, universities, not-for-profit organizations, and municipal entities across the country, as well as many of the most recognized cultural institutions in Chicago and elsewhere. Carol has extensive experience serving as counsel to domestic and foreign banks providing credit and liquidity support for tax-exempt financings, and other financing products for health care, higher education, not-for-profit and municipal borrowers, including the direct purchase of tax-exempt indebtedness. She also represents commercial banks in structuring secured and unsecured transactions, including asset-based financings, revolving lines of credit, construction loan and term loan facilities.

Carol serves on the executive committee of the Civic Federation of Chicago and is the co-chair of their Criminal Justice Subcommittee. Carol represents the Civic Federation as a member of the Illinois Supreme Court Commission on Pretrial Practices Implementation Task Force. She is a past board member for Women in Public Finance, and has been named among Chicago’s Notable Women Lawyers by Crain’s Chicago Business. Early in her career Carol served as a Public Interest Law Initiative Fellow for the AIDS Legal Council of Chicago.

Carol currently serves as chair of Chapman’s Partner Review Committee and previously served on the firm’s Policy Committee, which guides the management and direction of the firm. She has served as chair of Chapman’s Employment Committee, which oversees the recruiting and development of associates, including the summer associate program. Carol has also served as co-diversity partner, a role where she worked to expand inclusion and working parent policies, initiatives that contributed to Chapman being named among the 50 Best Law Firms for Women.

University of Iowa College of Law, J.D., with distinction, 1989