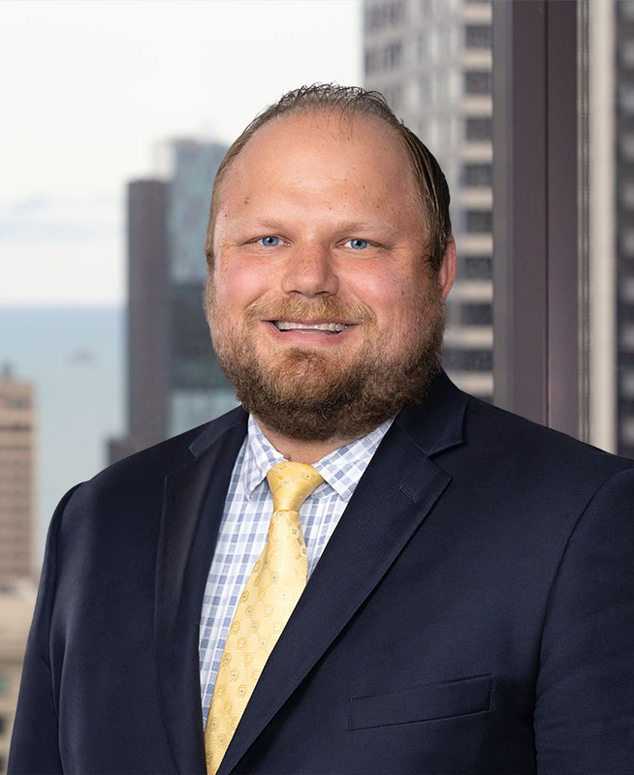 Joe Saverino is an associate in Chapman’s Illinois Public Finance Department as well as an active member in the firm’s public-private partnership (P3) practice. He participated in the firm’s summer associate program in 2011 and joined the firm in 2012.

As a member of the Illinois Public Finance Department, Joe has worked on various municipal financings for school districts, park districts, cities, villages, counties, special service areas, and townships in the roles of bond counsel, disclosure counsel, and underwriter’s counsel. Joe routinely manages due diligence calls with issuers prior to public offerings of municipal obligations and advises issuers, commercial banks, investment banks, and municipal advisors on state law and federal tax law matters related to the structure and sale of governmental obligations.

As a member of the Illinois Public Finance Department, Joe has participated in various panels regarding municipal law topics and has presented best practices compliance presentations to certain clients.

As a member of the firm’s P3 practice, Joe has served and continues to serve as underwriter’s counsel on P3 financings across the country, including in states such as Virginia, New York and Nebraska. In 2019, Joe served as underwriter’s counsel for The Bond Buyer’s Inaugural P3 Deal of the Year. The financing involved the Commonwealth of Virginia partnering with Transurban, an Australian toll road operations company, to finance the construction of the Fredericksburg Extension, an extension of the I-95 HOV/HOT Lanes (Express Lanes) in Stafford County, Virginia. The project was financed in part by $262 million of tax-exempt private activity bonds issued by the Virginia Small Business Financing Authority.

In 2020, Joe served as underwriter’s counsel on P3 financings and projects involving Terminal 4 at JFK Airport in New York and the Lincoln South Beltway in Nebraska. The Lincoln South Beltway project was named The Bond Buyer’s 2020 P3 Deal of the Year for its financing structure, which is the first-of-its-kind in the United States and consists of a publicly offered tax-exempt bond financing, with such bonds being repaid, in part, through payments by the Nebraska Department of Transportation on deferred contract payment certificates.