On June 11, Chapman’s Chicago office hosted a reception recognizing Ezra Lintner as the first recipient of the Chapman and Cutler LLP Maynard H. Jackson Jr. Diversity Scholarship. Ezra, an openly transgender Dean's List Scholar at DePaul University College of Law, graduated from San Jose State University in 2015 and worked with the San Francisco Community Justice Court and the San Francisco District Attorney's Office before starting law school in 2017. She worked with summer camps to create an educational series for transgender children and teens and launched an initiative at DePaul to ensure students are being addressed and identified by their name of choice. She currently interns at the Chicago Appleseed Fund for Justice and hosts informal gatherings to provide a safe space for LGBTQ individuals.

Introduced last year, the scholarship is named for the late Maynard Jackson, a public finance partner at Chapman (1982-1990), who was the first African-American Mayor of Atlanta (he was elected in 1973 and served three terms: 1974-1982, 1990-1994). Applications for the $10,000 scholarship were received from second year law students from across the country who demonstrated a commitment to diversity, not only in racial or gender diversity, but in a broader view such as military experience, overcoming adversity, LGBTQ status, gender orientation, and socioeconomic disadvantages. 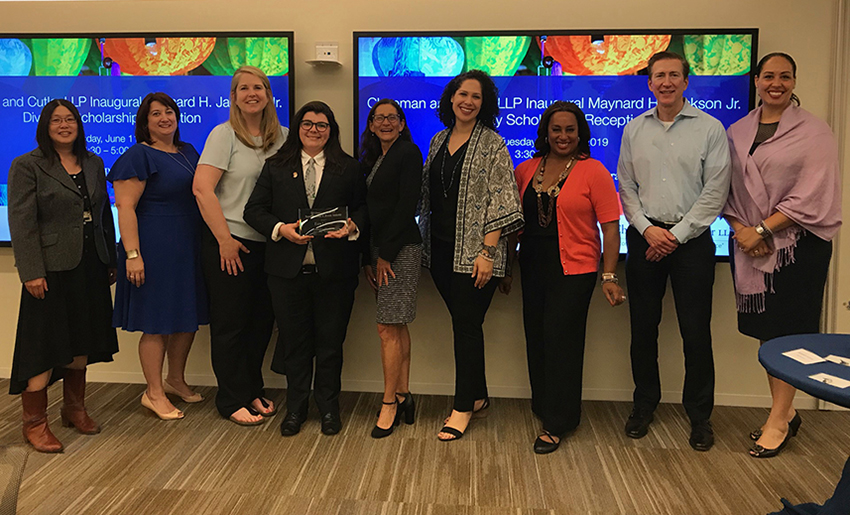