Chapman has one of the largest groups in the nation dedicated to health care finance, with over fifteen attorneys who work primarily with not-for-profit health care institutions and six tax partners dedicated to tax-exempt financing. Chapman regularly serves as bond counsel, underwriter’s counsel, counsel to commercial banks and other credit providers, and corporate counsel in connection with the issuance of tax-exempt and taxable bonds for the benefit of a broad range of health care institutions throughout the United States. 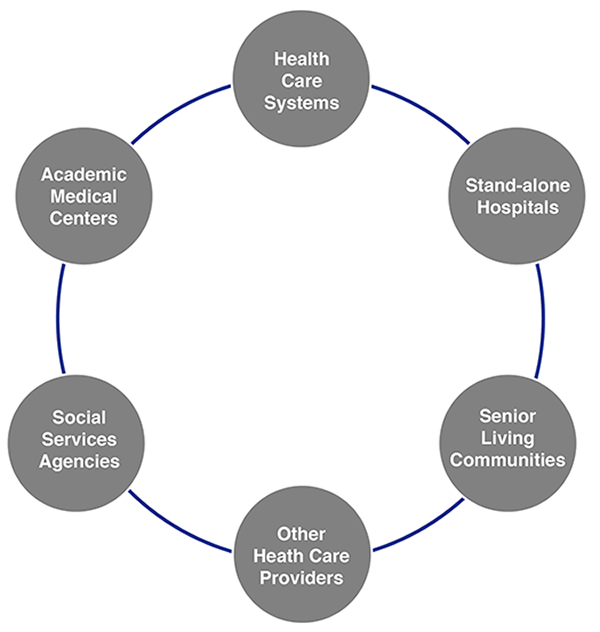 Chapman represents Wall Street investment banks and many of the regional investment banks that serve as underwriters and remarketing agents for health care revenue bonds. In addition, we regularly represent national and regional commercial banks as direct lenders or as credit enhancers for such bonds.

In the last two years, Chapman health care finance attorneys counseled clients in over twenty different states. This national presence gives Chapman attorneys broad exposure to a wide variety of transactions and innovative structures, which we utilize to provide comprehensive advice to our clients.

Chapman attorneys are critical members of finance teams and handle a myriad of issues arising in health care finance transactions, including:

In addition, Chapman attorneys assist clients with post-issuance compliance matters including consulting on disclosure and other SEC matters, responding to IRS requests, and working on submissions to the Voluntary Closing Agreement Program (VCAP) of the IRS. Chapman has been, and continues to be, actively involved in the market commentary on the new rules and regulations promulgated by the SEC and the IRS and works with its clients to develop proper procedures and policies to comply with the requirements of ever-changing federal and state regulations.

Deals of the Year

In recent years, Chapman attorneys have counseled clients on transactions named as Deals of the Year by The Bond Buyer.

CommonSpirit Health. Chapman was counsel to the banks and swap providers on a $6.5 billion financing that was named The Bond Buyer’s 2019 Deal of the Year. The deal involved the merger of Dignity Health and Catholic Health Initiatives into one system, CommonSpirit, which now operates approximately 140 hospitals and health care facilities across 16 states. The financing consisted of both a complex debt restructuring of nearly 50 series of debt and new money reimbursement, generating the largest ever order book for a municipal not-for-profit transaction. Chapman represented each of the banks that provided letters of credit, liquidity facilities, and direct purchase facilities for twenty of the series, as well as a bridge loan. Chapman also represented the swap providers in the related swap amendments.

Owensboro Health. Chapman was bond counsel on a $473 million bond issue for the benefit of Kentucky-based Owensboro Health, which was named the 2017 Southeast Region Deal of the Year by The Bond Buyer. The transaction marked the first use of bond insurance and a surety bond in place of a funded debt service reserve fund by a health care financing since the credit crisis.

Presence Health Network. Chapman was bond counsel for the Illinois Finance Authority’s $1 billion bond issue on behalf of Presence Health Network, which was named the 2016 Healthcare Deal of the Year by The Bond Buyer. As one of the largest high-yield not-for-profit health care bond issues in recent years, the transaction enabled Presence Health to refinance all of its outstanding debt and provided significant interest savings that Presence Health will reinvest in services as part of its turnaround plan.

Vanderbilt University Medical Center. Chapman served as counsel to a bank syndicate that purchased $200 million in bonds in connection with the restructuring of Vanderbilt University Medical Center into a fully independent not-for-profit entity. The complex transaction involved a $1.13 billion financing vehicle involving both taxable and tax-exempt debt and was named the 2016 Southeast Region Deal of the Year by The Bond Buyer.

Adventist Health System/Sunbelt. In 2011, The Bond Buyer named a $1.75 billion credit facility restructuring and related $665 million bond restructuring for Adventist Health System/Sunbelt, headquartered in Florida, as the 2011 Healthcare Deal of the Year. The deal was recognized not only for its size, as one of the largest syndicated bank credit facilities ever structured for a not-for-profit health care organization, but also for its complexity. Chapman served as bond counsel on this transaction, which involved the restructuring of multiple series of bonds through letter of credit replacements, amendments, and remarketings involving fourteen United States and foreign banks.

Chapman attorneys have been leaders in innovations and regularly collaborate with financing teams to improve existing financing products and develop new financing structures in the not-for-profit health care field. Below are some examples of innovations and unique transactions: 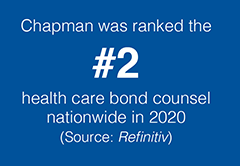 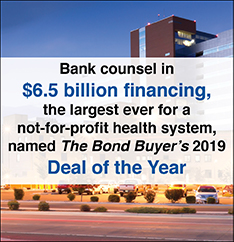